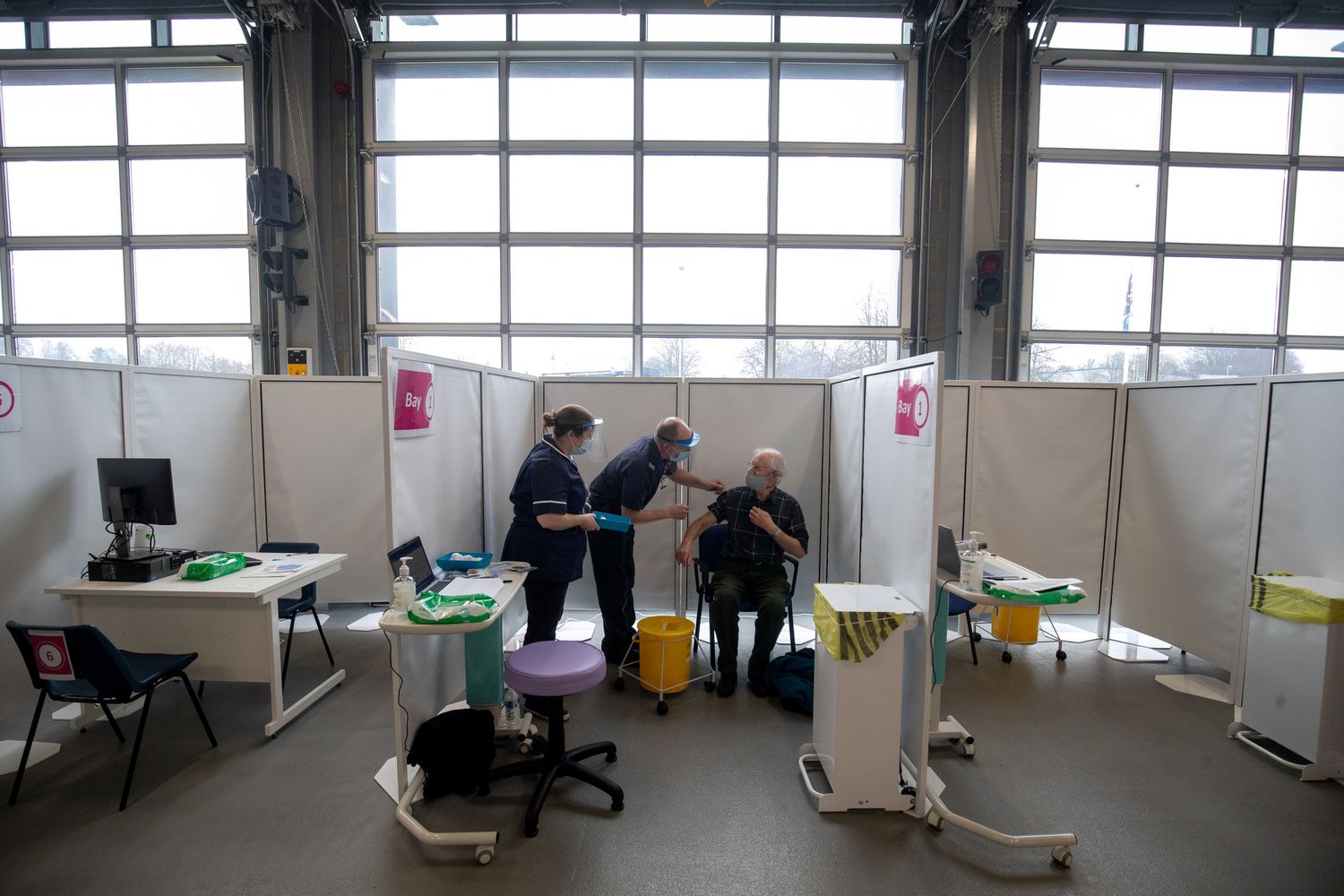 The AstraZeneca vaccine will not be injected at least 65 years of age. The Public Health Committee of the National Health System, made up of technicians from the Government and the autonomous communities, has been debating this Thursday whether to mark the limit at 65 or 55, without reaching an agreement, so the talks will resume on Thursday.

Friday, according to sources present at the meeting. In clinical trials of the drug there was not a large enough sample of people over 65 to yield a conclusive result about its effectiveness in this group, and the vast majority of participants were under 55.

At least seven countries in Europe have already announced that will only apply to children under 65. Germany, for example, has decided to put the limit at this age, while the advisers in Italy lower it to 55. On average is Poland, which sets it at 60. This will force the selection of a priority group to whom to manage this drug, of which 1.8 million doses will arrive this month.

The Ministry of Health has reported late on Thursday that the AstraZeneca vaccines that arrive this weekend are intended for health and social health workers who are not included in group 2 and 3, that is, those who are not on the front line .

After them, you will have to look for other groups of younger vulnerable people (65 or 55, depending on the age you decide) or other essential workers.

The next segment within phase 1 of the plan, of large dependents, is largely made up of people over 65 years of age, so it cannot be destined for them either. And the next, already in the second phase (once residences, health and large dependents finish, around 2.5 million people) are those over 80 years of age.

In Spain, there was not much scientific controversy about whether the AstraZeneca vaccine should be given to people over 65 years of age . The medical societies that have some relationship with the matter (the Epidemiology, Public Health, Preventive Medicine, Vaccination and Geriatrics) agree that this drug should be reserved for minors of this age, for whom it has been shown effectiveness.

The argument that spokespersons for each of them have given to EL PAÍS is similar and can be summarized in this one explained by José Gutiérrez, an expert in vaccines from the Spanish Geriatrics Society: “For now and until more scientific evidence is generated with the Studies that are still under way on this vaccine, it is indicated to continue using the Pfizer and Moderna vaccines in this age group [over 65].

It can be considered at this time that vaccination is safe [for them] and that it may cause mild side effects. The problem is that it has not been verified whether, in older people, the vaccine is effective and generates a sufficient immune response to provoke a humoral and cellular immunity that avoids the consequences of infection by the virus.

AstraZeneca vaccines, Gutiérrez continues, may be used in other population groups. “All of this should not delay the planning that has been proposed. In fact, we can begin to think that we will soon have several vaccines against coronavirus and each of them will be indicated in a different risk group.

This leads us to think that possibly the order of vaccination proposed in the vaccination strategy in our country is not as linear as expected and that the vaccination of different population groups is beginning to overlap ”, he adds.

Despite this consensus, it is not a straightforward debate and it is full of nuances. It is about, as with any medicine, finding a balance between risk and benefit. Contrary to the rest of Europe, in the United Kingdom they have assumed that although there is no conclusive evidence of its effectiveness in older people, as clinical trials showed a good immune response in them, the risk that it is not entirely effective is offset by the lives that may be being saved if it finally shows similar results to other age groups.

“A perfectly acceptable view is that we know that the vaccine is safe at older ages, that the evidence of the antibody response strongly suggests that it will be protective, so it seems reasonable to assume that it will be,” says Martin McKee, professor at the London School of Hygiene and Tropical Medicine.

“If you are a country where you have a lot of other vaccines, like Pfizer BioNTech’s, then you could justify giving that vaccine to older people and AstraZeneca to younger people. Therefore, each regulator will have to make their own decision and it is difficult to criticize one who takes any of these views. Personally, I think we have enough evidence to justify giving it to older people, but I would not criticize others who choose not to,

Kent Woods, who was director of the European Medicines Agency (EMA), criticized in statements to the AFP agency that European countries (at least seven of them have already announced it) reject the AstraZeneca vaccine for the elderly. He accused the leaders of these countries of engaging in politics and “putting the lives of their citizens at risk.”

Although they are really decisions or recommendations of the technicians of these governments, Woods refers to the tug of war between the EU and this pharmaceutical company, which will deliver fewer doses than promised. This expert was surprised that while the EMA has approved the drug for anyone over 65, countries veto it “just for those who need it most.”

In Spain, each week of January more than 1,300 people over 80 years of age have died from the coronavirus, according to data from the Carlos III Health Institute , to which must be added the deaths that have not yet been counted, with which this number is more than likely to rise.

Although there is a slight drop in infections in February, the epidemic in Spain continues at “extreme” levels. Hundreds of older people are dying every week that go unvaccinated. Those who are over 80 years old represent 66.5% of all official deaths from covid in Spain in the second wave corresponds, although they only add up to 6% of the population (2.8 million people).

But, is the decision a delay compared to what has already been planned? It is not really a delay, but if the AstraZeneca vaccine were given to older people, it could be ahead of the current schedule. The point is that, according to the government’s vaccination plan, it is not yet his turn.

Before they have to complete the vaccination in residences, already quite advanced, that of the 1.7 million health workers who are included in the first phase, and that of 367,000 large dependents. This makes it very difficult to start before March with those over 80, something that surely could happen if the AstraZeneca was used for them.

Other countries, such as Germany, did include the elderly in the priority group, and have already tapped more than half a million with those of Pfizer and Moderna.

Almost all respondents agree to use AstraZeneca in people younger than 65 years. But they put a tagline: “As long as we have enough of the other vaccines for that age.”

Faced with the scarcity situation, Elvis García, a doctor in public health from Harvard University, is in favor of vaccinating the elderly with AstraZeneca drugs: “If the vaccines are safe, although the efficacy has not been fully demonstrated In that population group, it would not hurt to vaccinate them. Many people are dying and, seeing what we have seen, and given the uncertainty associated with the distribution of vaccines that we have seen these weeks, waiting for vaccines to arrive is a risk ”.