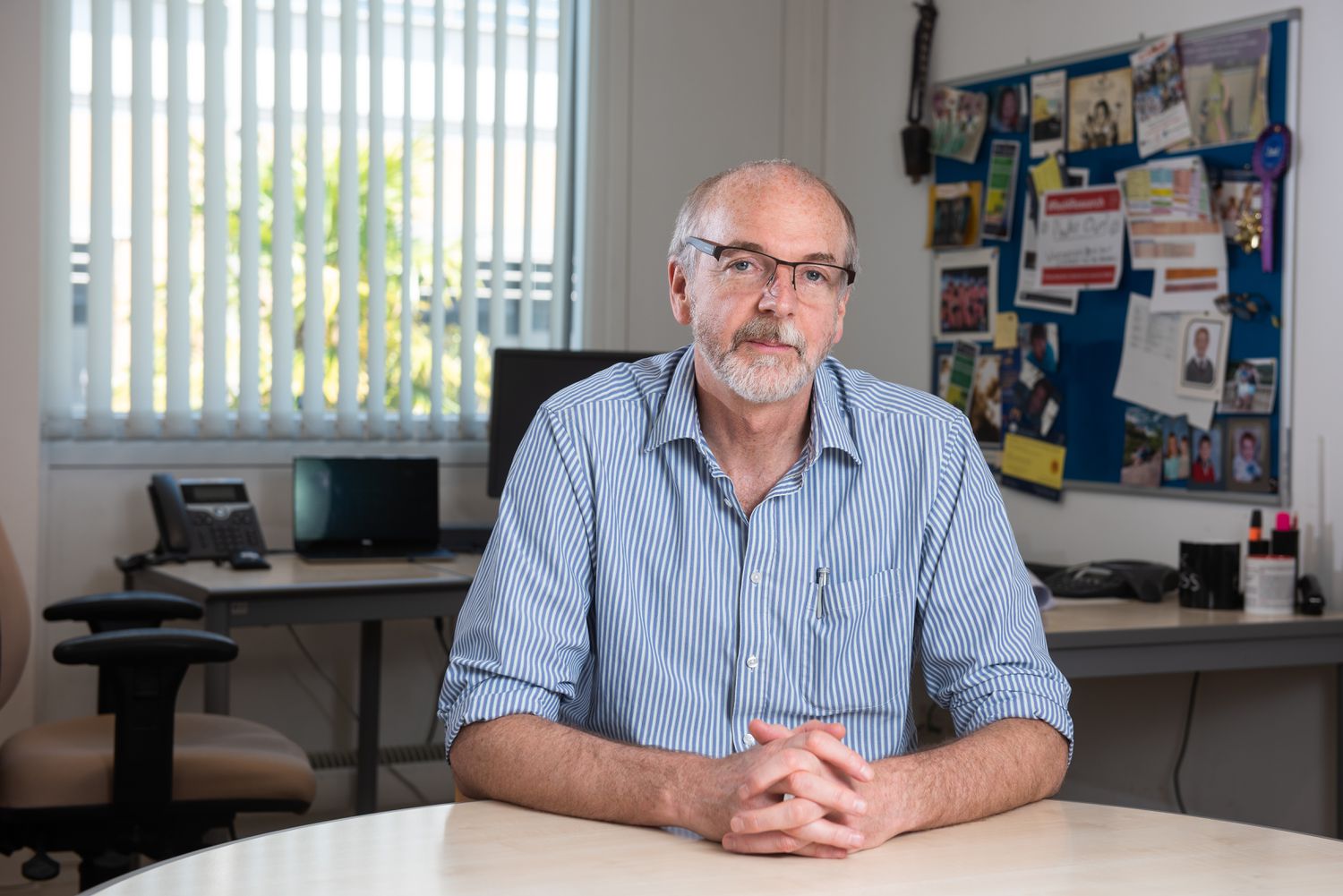 Andrew J. Pollard (Kent, 55 years old) leads the Vaccine Group at the University of Oxford, and is the chief investigator of the team of scientists that began working around the clock a little over a year ago to achieve a vaccine against covid- 19 .

The alliance with the pharmaceutical giant AstraZeneca accelerated the effort and allowed the drug to begin large-scale production. His was one of the endeavors in which the international community placed the most hope.

The tension between the company and the EU over the reduction of the supplies promised in the first delivery, and the doubts that have arisen around the efficacy of the vaccine in those over 65 years have put Pollard in the middle of a political fray to the that he was not used to.

Question. What is the problem – if you can call it a problem – with the AstraZeneca vaccine with those over 65?

Answer. We have far less data on older people than on younger people in the studies we have done. Firstly, because it takes us longer than others to recruit older people for the trials, so we have fewer cases of infected in those groups. Second, because older people tend to be more cautious than young adults.

They don’t get infected with the same regularity. And third, because the sample of elderly people in our study was not very large, so it takes longer to obtain a response that is statistically significant. But the European Medicines Agency [EMA], along with 25 other regulatory authorities, has approved the vaccine for all ages.

And the reason is that we have had good efficacy in young adults and a similar immune response in older adults. The data that reaches us corroborate that we are going in the right direction. They are simply not as large numbers as those of young adults.

Q. So is it a question of safety or efficacy?

R. The safety data in the elderly group is quite high. There is no question about safety. It is a pure question of time, of accumulating sufficient data on efficacy.

Q. What are the proven effects of the vaccine in that age group? What information is missing about it?

R. The only thing we need is more numbers of cases of infected. There are three ways to achieve that level of information that we all want, although we are already very confident that it will work well in all age groups, because we have good immune response data.

We have trials underway in the UK and Brazil that will provide more information. There is another study in the United States that contains a large number of older people, and it should offer results in the near future. And finally, there are countries like the United Kingdom that have already supplied many doses to older people. In a very short time, we will have data.

Steven Marsden, 67, from Basingstoke prepares to receive the Oxford-AstraZeneca COVID-19 vaccine from a member of the Hampshire Fire and Rescue Service at Basingstoke Fire Station, in Basingstoke, Britain February 4, 2021. Andrew Matthews/Pool via REUTERS

Q. And when will it be known?

A. In the case of vaccination already underway in the UK, it all depends on when they can start preparing that data. I estimate it should be a matter of a month. It takes two to three weeks for an immune response to develop, and our vaccine began to be used a month ago.

Q. Do you understand the reluctance of some countries, and even the prohibition, to use your vaccine in older people?

A. The EMA has approved the vaccine for all age groups. Each country must make its own decision on how to use it. And for this they will have to take into account how much supplies they have [some countries have already vaccinated a large part of their elderly people] and their own confidence in the level of evidence presented. In the UK it has been decided to use it in all age groups. It is easy to store and transport.

P. Because you also defend that the vaccine has proven its effectiveness in preventing the development of severe pathologies or hospitalizations.

A. In a pandemic, you need to do two things. Vaccinate many people, and do it as soon as possible. Any delay will mean more cases and more deaths. Some mathematical models have shown that even if you have a vaccine that is not very effective, giving it today will have a much greater impact than if you wait six months. It is obvious. Especially in countries with a high older population, as in Europe. Even if the vaccine was 100% effective, it would not be worth waiting six months. It is better to start as soon as possible.

P. The world put their hopes in the Oxford endeavor, among others. How does a scientist feel now in the middle of this political fray?

A. I am a scientist, and my job is to generate the best possible evidence. We have tried to be very transparent, publishing all the information that we had. It is then the regulatory agencies, such as the EMA, that must decide whether to grant the license. And independent scientists in each country must use their own integrity to decide what is best for their people. I deeply respect the decision of each country. Politicians have their own agenda, in which I do not want to get involved.