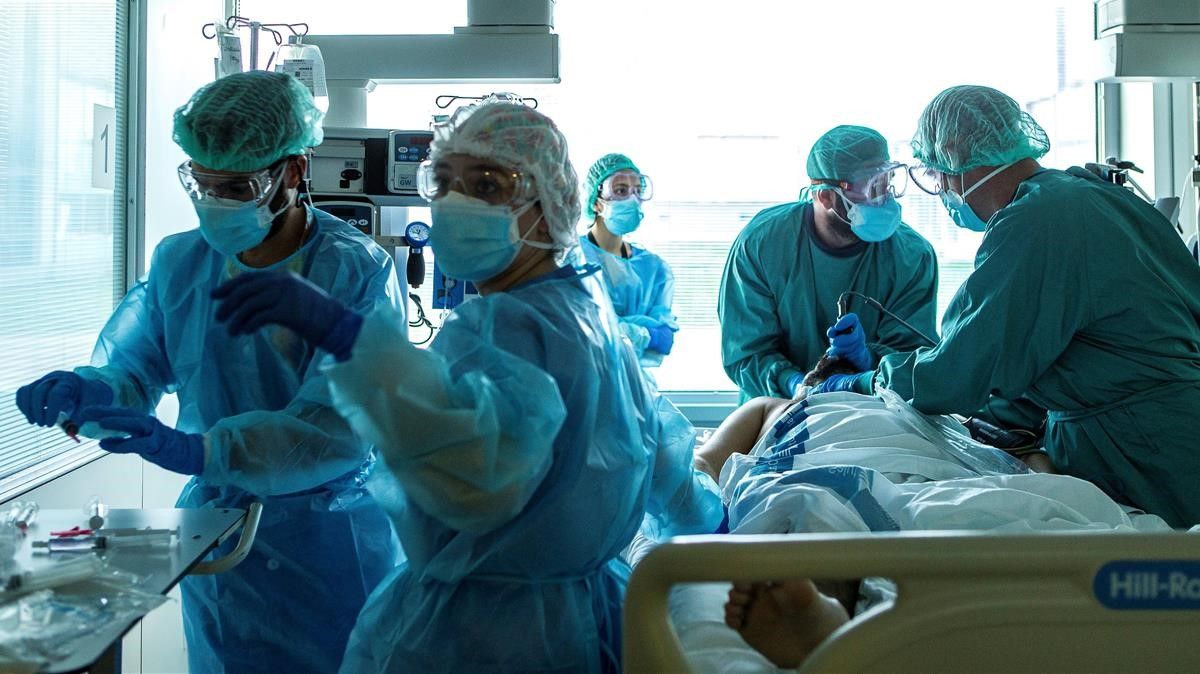 Catalonia has detected the first case in the territory of the South African variant of the coronavirus, as reported by the Secretary of Public Health, Josep Maria Argimon, this Wednesday at a press conference. It has been detected in Barcelona city.

This is the second case of this variant in Spain, since the first was registered in Vigo. In addition to being more contagious than currently circulating strains, the South African strain is more resistant to natural immunity and reduces the effectiveness of vaccines.

According to the Head of Microbiology at the Vall d’Hebron Hospital in Barcelona, Tomàs Pumarola, this first case of the South African variant in Catalonia was detected through random tests. “The first data make us think that it does not have an epidemiological relationship with South Africa”, explained Pumarola.

Thus, its presence in Catalonia would be explained because this variant is present in other surrounding European countries, with whom there is more relationship.

The coronavirus currently has three variants that “worry” experts: one English, another Brazilian and a last South African. “All three share a mutation that gives them greater biological efficiency and allows them to transmit better than the [variants] of today,” Pumarola said.

Several studies carried out by researchers in the United Kingdom have found inconclusive evidence that the British would also be more lethal, causing more serious conditions .

Experts fear that the South African variant will be transmitted more than the British one, as it has made its way into the UK

“The South African variant is introducing with great force in the United Kingdom, where the predominant one was the British one. That tells us that perhaps the South African variant has a greater force than the British one, but we must wait for the next few days and not make predictions,” he said. saying. A greater number of infected people brings with it more pressure in hospitals and ucis and more deaths.

According to data from the Ministry of Health, the British variant is present in between 3% and 12% of positive cases of covid-19 in Catalonia, with “different proportions” depending on the territory. In Barcelona it is present in 9% of the cases, 12% in the South Metropolitan Area and 8% in the North. It is expected that in all of Catalonia it will be the predominant one in a month.

Argimon has also pointed out that in this third wave of covid-19 the incidence of the virus has decreased in nursing homes, thanks to “screening” and the “significant percentage” of people vaccinated in these centers. The 92% of the residents and staff already have the first of two doses. “But, with this first dose, after 10 or 14 days, we already begin to have an effect,” the epidemiologist stressed.

Along with him, the deputy director general of Health Promotion, Carmen Cabezas, has offered data. Since December 27, the day the vaccination began, and until yesterday, Catalonia had administered 275,871 vaccines against covid-19, of which 192,233 are first doses and 83,683 correspond to the second.

47% of the vaccines have been given to residents and nursing home staff; 53% to toilets. In this last group, the percentage of vaccination is already 60% throughout Catalonia, with “variability” depending on the area.

The World Health Organization (WHO) has recently changed the criteria on whether or not it is appropriate to give the vaccine against covid-19 to pregnant women. If before it was contraindicated, now the body opens the door to vaccinate in some cases.

Asked if Salut plans to change the protocol, Cabezas stressed that “the technical sheet states that the clinical trials have not included pregnant women.” “The WHO decision has been an individual assessment of those people who are at higher risk of having a severe covid or of getting infected,” Cabezas explained.

Thus, for the moment, Salut does not change its recommendations, although it does not close the door to making “individual evaluations” either. Catalonia is not vaccinating, for example, pregnant women who work as health workers. “But, if in any case the situation is of special risk, your reference professional can make a joint assessment with the person,” said Cabezas.