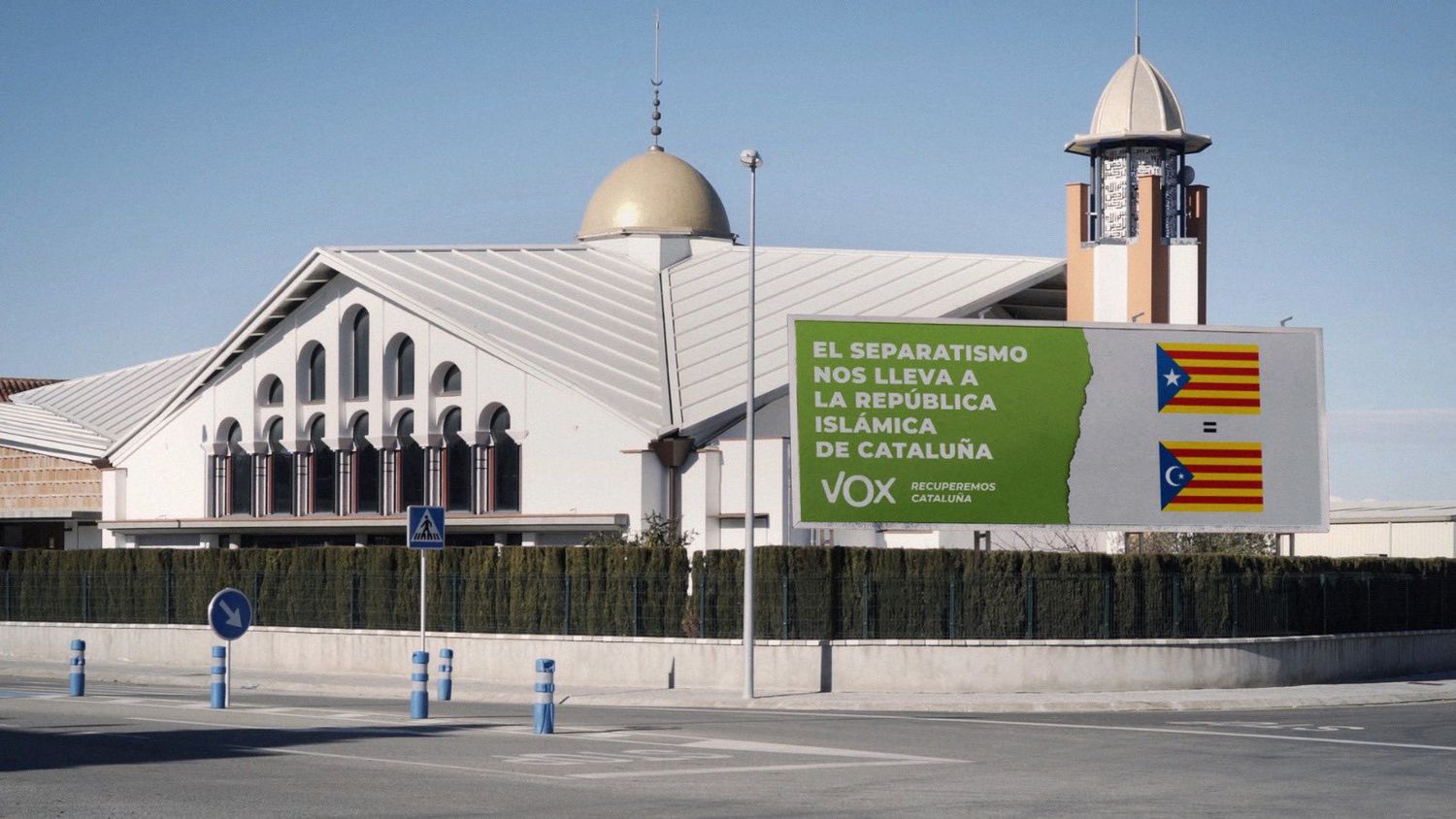 The three largest Islamic Muslim federations in Catalonia have denounced Vox’s attacks against the faithful of their religion to the prosecutor in charge of prosecuting hate crimes and discrimination in that autonomous community.

The three organizations (Unió de Comunitats Islàmiques de Catalunya, Federació Consell Islàmic de Catalunya and Federació Islàmic de Catalunya), which group more than 90% of the 330 mosques in Catalonia and are recognized as interlocutors of the Muslim community by the Administration, denounce the campaign # StopIslamición, launched by the ultra party through social networks for the regional elections of February 14.

Among other xenophobic messages, the complaint focuses on a video in which news related to the Muslim community in Catalonia is mixed (the launch of a pilot plan to teach the Islamic religion as an optional subject in schools or construction of a mosque) with images of the attacks of August 17, 2017 in the Ramblas of Barcelona, ​​and Muslims are represented “as dangerous, suspicious or potentially terrorist foreigners”.

According to the complaint, the video uses images taken in other countries, such as that of women wearing burqas, a clothing typical of Afghanistan, “to reinforce the idea of ​​atavism and backwardness of Muslims” who live in Catalonia.

With 564,055 Muslims, of which more than 200,000 have Spanish nationality, according to the latest demographic study by the Union of Islamic Communities of Spain, Catalonia is the autonomous community with the most faithful of this religion.

The complaint, which is also signed by Muslims against Islamophobia, an association that defends civil rights, maintains that the dissemination of the video in the middle of the electoral campaign “seeks to generate a climate of fear in public opinion in order to achieve greater number of votes “, at the cost of causing” the stigmatization of Muslim people in Catalonia. ”

The complaint is based, among other arguments, on the jurisprudence of the European Court of Human Rights, which maintains that “incitement to hatred does not require the call to a specific act of violence” and that “to insult, ridicule or defame parts of the population is sufficient for the authorities to privilege the fight against racist discourse over freedom of expression that threatens the dignity and even security ”of specific communities.

Regardless of the “social, moral or ethical reproach” that the Vox campaign deserves, the Muslim federations ask the Prosecutor’s Office to investigate whether the authors of the video have committed a crime of incitement to hatred or discrimination against a group of people for reason for his religion, punishable by up to four years in prison.

The video, with more than 43,000 reproductions only on Twitter, is still accessible on this social network despite the fact that its leaders blocked last Thursday, for a week, the official account of the ultra party for incitement to hatred.

Vox’s deputy legal secretary, Marta Castro, filed a complaint with the Madrid duty courts on Monday against the person responsible for Twitter in Spain, Nathalie Picquot. It alleges that the blocking of his account implies an infringement of fundamental rights, the false accusation of a hate crime and the commission of another of insults and slander.

Vox asks that the blocking of his account be lifted immediately, claiming that it prevents his candidates from competing on equal terms in the Catalan electoral campaign.

Vox has announced a legal reform, inspired by the project of the ultra-conservative Polish party Law and Justice, so that social networks can be sanctioned and even criminally prosecuted for censoring content.

Vox has been repeatedly condemned by press associations and journalists’ associations for vetoing journalists and the media from accessing its press conferences and public events.