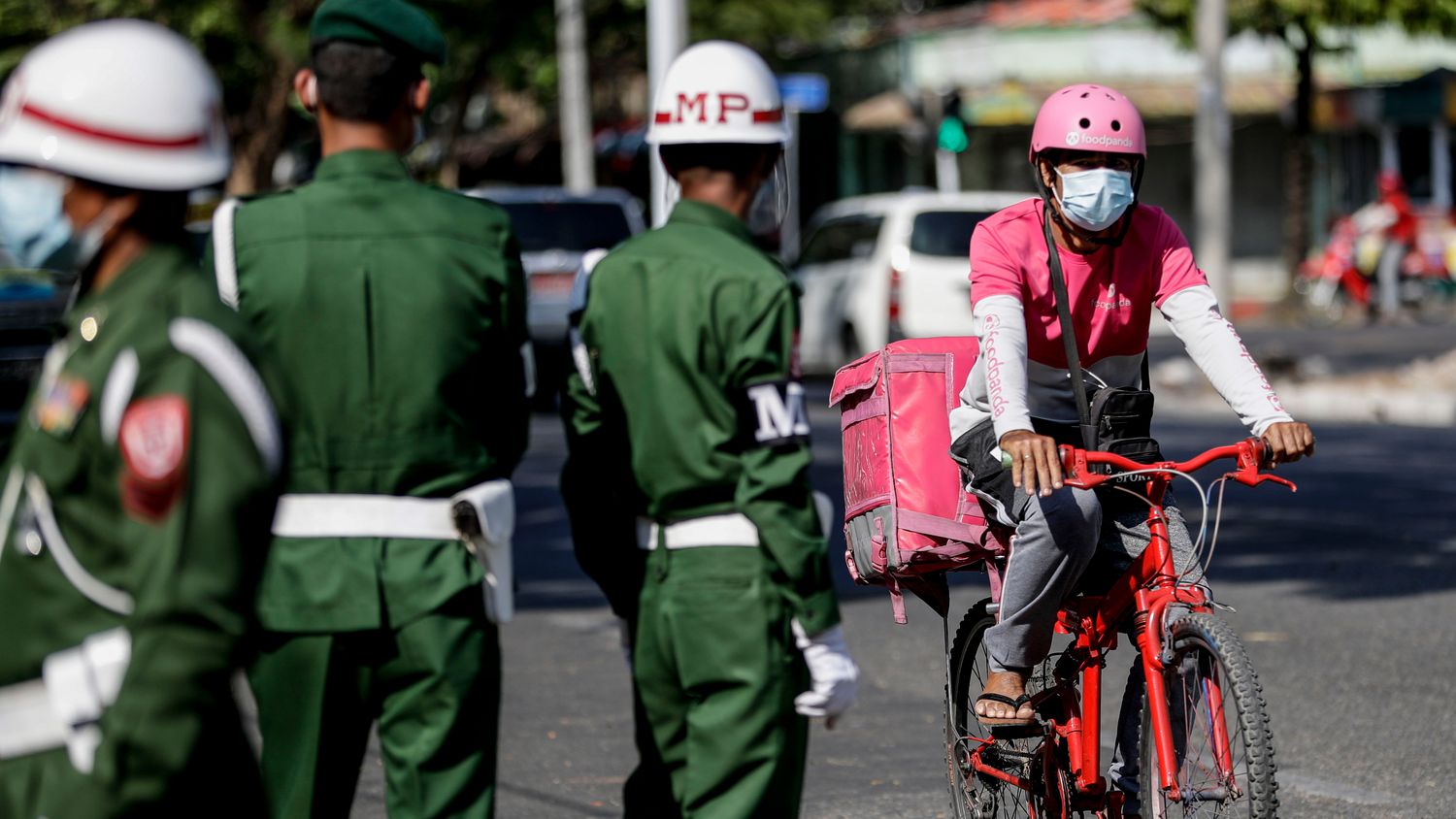 The military junta is trying to tighten its grip on Myanmar , the former Burma, after Monday’s military coup in which the country’s civilian leaders were detained, including the de facto head of government, Aung San Suu Kyi, 75. Eleven new ministers, allies of the army, have been appointed after the removal of the 24 members of the civilian government.

But in an atmosphere of tense calm, signs of protest begin to be detected; as shown by videos distributed on social networks, and witnessed by eyewitnesses, in Yangon, the country’s main city. Tonight there were pandering against the military authorities and shouts of “Long live mother Aung San Suu Kyi!” Which could be seen as part of a campaign of civil disobedience.

With the tanks still surrounding parliament in the capital, Naypyidaw, uncertainty persists about how the volatile situation, which has blown up a decade of fragile democratic transition process, may evolve. The new military authorities have warned the population against spreading “rumors” that could incite unrest or destabilize the situation.

In the first meeting of the coup government, the leader of the junta, General Min Aung Hlain, has defended as “inevitable” the action of the Armed Forces, which he has once again justified for the alleged electoral fraud in the November 8 elections . “Until the next government is formed after the next elections (in one year, according to the army’s promise), we need to straighten out the country,” he assured.

During the day, this country of 55 million inhabitants had shown a veneer of normality on Tuesday. Banks were operating again, after a day without activity due to drops in Internet services. Shops and offices have their doors open.

Deputies detained during the coup, who remained confined to their residential complex in the capital, have been able to begin to abandon it, according to Kyi Toe, a spokesman for the National League for Democracy, the party of the Nobel Peace Prize winner.

But the tension persists: The military authorities, according to The Myanmar Times newspaper , have ordered the suspension of international flights until June 1; social networks show images of armored vehicles in Mandalay, the second largest city in the country; and Aung San Suu Kyi is under house arrest at her home in the capital, Kyi Toe has confirmed after more than 24 hours with no confirmation of her whereabouts. The Lady, he assured, is in good health, with no plans to transfer her.

The big question now is how far the junta can maintain control over the burgeoning civil society that has flourished during the transitional decade. A very young civil society that uses social networks fluently to communicate and is in active contact with the rest of the world.

That it has enthusiastically embraced rights such as freedom of expression and that it turns to a relatively free press. “Myanmar is no longer the country it was 10, 30 years ago. I suspect that there will be demonstrations and protests against the coup, ”Yun Sun, director for China of the Stimson Center think tank, based in Washington, had pointed out by telephone.

Monday’s arrests, which also included activists, have sparked fears that the arrest campaign may continue in the coming days. Supporters of the National League for Democracy (NLD, for its acronym in English), La Dama’s party, have changed their profile photos on social networks for the red and black colors of that formation.

After the formation asked the population – in a message with the name of its leader, but without signing for it – to protest against the coup, this Tuesday it launched from a verified account on Facebook a call for the release of the detainees and respect for the outcome of the November 8 elections, in which the League won 346 seats to just 33 from the military party, the Union Solidarity and Development Party (USDP).

The activist movement Yangon Youth Network , one of the main in the country, announced on its Twitter account the campaign of civil disobedience. Also circulating on social networks is a call from doctors in state hospitals to join this measure since Wednesday.

“The people who voted for the NLD are concerned about the communication cuts. They fear that after the arrests of the leaders and pro-democracy activists, the wave of arrests could continue ”, the exiled Burmese activist Khin Ohmar denounced this Tuesday in a press conference by videoconference.

“With this coup, with this parade of tanks, the military are recovering their old tactic to create fear among the public, they want to show who is really in charge.”

The military have justified their coup by what they have denounced since November as “serious electoral fraud”, although after the coup it seems to be, rather, the fear of losing the privileges and wealth accumulated during decades of military dictatorship and that they tried to shield during the process of democratic transition started in 2011.

The spectacular defeat of their party , which only won 33 seats compared to 346 in the NLD, convinced them that the guarantees granted them by the 2008 Constitution – drawn up by them and assigned by the control of 25% of the seats in parliament, as well as three of the most influential ministries, were not enough and had to act. One of the priorities of the legislature aborted by the coup was precisely to undertake a constitutional reform.

The Armed Forces “had the feeling that they were losing control of the country, and that they had to regain it,” says Malaysian MP Charles Santiago, president of the ASEAN Legislators for Human Rights group.

The junta headed by the country’s new strongman, General Min Aung Hlain, assures that it will only hold power for one year, after which elections will be held and will hand over command to the victor.

A promise that has aroused skepticism. According to Santiago, “it is possible that these elections will not be held. That after a year, they allege that the pandemic is still not sufficiently controlled, or that there are economic problems to solve first, and a postponement of two or three more years is announced.

It is not clear, for example, that the NLD would be allowed to appear, or Aung San Suu Kyi herself, a figure who, despite her discrediting abroad due to her support for the military repression against the Rohingya minority, maintains immense popularity within your country .

Burmese voters recall how this daughter of the hero of national independence refused to leave the country to stand in the 1990 elections, and how she spent years under house arrest after the military dictatorship that controlled the country between 1962 and 2011 invalidated those. elections and the victory of La Dama.

For the moment, the coup has sent the agonizing processes of dialogue between the central state and some of the ethnic militias that control border regions into limbo. It has also raised the specter of an even greater crackdown on the roughly half a million Rohingya who are still living poorly, confined to special camps or in their villages, on Burmese territory.