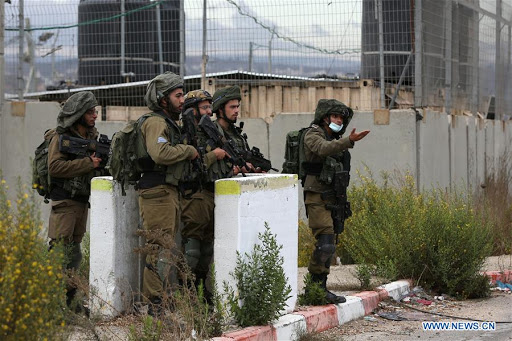 Palestinian killed by Israeli gunfire after attempted West Bank attack. The attacker was “neutralized” after an attempted stabbing “with a stick with three attached knives” at a crossroads in the Gush Etzion colony block.

A Palestinian has been shot dead by Israeli security forces after attempting to stab a soldier in the southern occupied West Bank , the Israeli Army reported .

The attacker was “neutralized” after an attempted stabbing “with a stick with three attached knives” at a crossroads in the Gush Etzion settlement block , in the southwest of the city of Bethlehem, a military spokesman explained.

The Palestinian Army and the Ministry of Health reported that it is a Palestinian man and confirmed his death, without specifying his identity or age .

The military spokesman explained that the man ran towards a soldier stationed at a bus stop at the intersection and that he was carrying “a stick with three knives attached to one of its ends,” for which they opened fire before wounding the security personnel. .

This is the second such episode in less than a week and the third in the month, following another stabbing attempt on Tuesday near the West Bank city of Nablus, in which a Palestinian attacker was also killed.

On January 5, a young Palestinian was shot dead by Israeli security forces after another attempted attack with a machete.

Attacks by Palestinians – largely young people acting alone – against members of the security forces or Israeli settlers occur intermittently in both the West Bank and occupied East Jerusalem .

Tension in the area has increased in recent weeks, with the increase in attacks by Jewish settlers against the Palestinian population, including, according to a report by the Israeli NGO Betselem , 49 incidents since the end of December, several of them involving stones. and three with firearms.