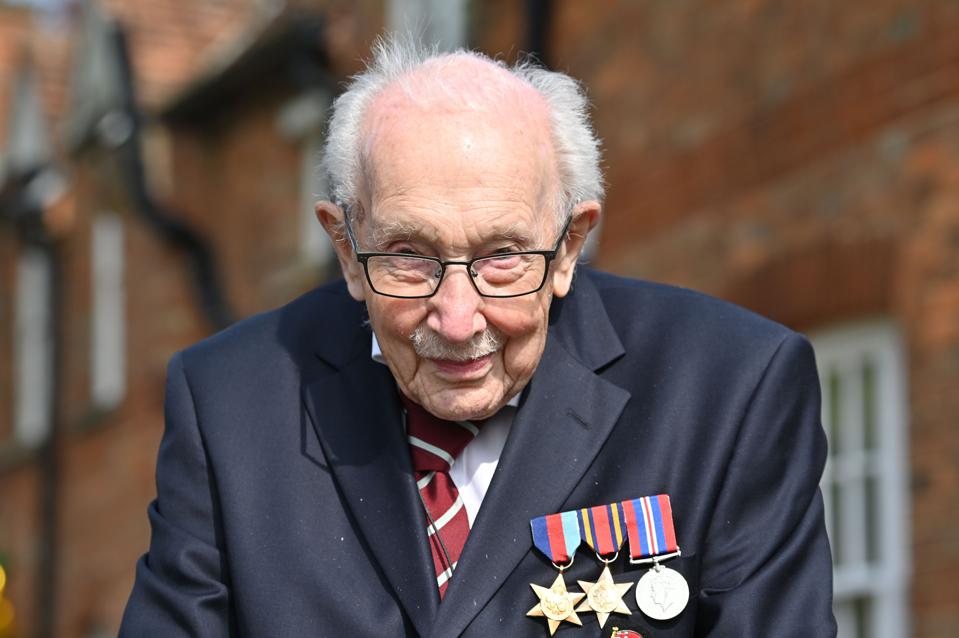 Captain Tom, a centennial war veteran who raised millions for British Health, hospitalized with coronavirus. During the first wave of the pandemic, he raised money for the health system by walking around in his garden leaning on his walker.

They call him “Captain Tom”. War veteran and centennial British captain Tom Moore, who raised millions of pounds for the health service by circling his garden during the close of last year in the United Kingdom , has been hospitalized after testing positive for coronavirus, as confirmed this Sunday his daughter.

The World War II veteran captivated the hearts of the British last April, during the first wave of the pandemic, circling his home garden clutching his walker and raising more than 30 million pounds (about 34 million euros ) for the National Health Service of Great Britain.

When Moore began his very personal challenge on April 8, he was 99 years old and his goal was to get as many laps with his walker as he would be years old at the end of the month. He intended to raise 1,000 pounds and donate it to the NHS Charities Together, the charitable organization that accepts donations for the National Health System (NHS). It more than served its purpose.

“I was stationed in India and Sumatra and was a tank instructor during World War II,” Moore then recalled to the BBC. ” Our army now is the doctors and the nurses , and they are doing a wonderful job.”

He broke two Guinness World Records and was knighted by Queen Elizabeth, but he has not rested on his laurels. He wrote an autobiography and is helping to start a charity.

Julián Muñoz’s phone call to Sálvame: “I also wonder where Isabel Pantoja’s money is”. Ares Teixidó, after overcoming depression: & quot; I thought I would never get out of that & quot.

“I wanted to inform everyone that today my father was admitted to the hospital, ” his daughter, Hannah, said on Twitter. “For the last few weeks he has been receiving treatment for pneumonia and last week he tested positive for COVID-19. He was at home with us until today, when he needed additional help with his breathing. He is being treated in a ward, not in the ICU (unit intensive care), “he said.

Hannah added that Moore has received “remarkable” medical care in recent weeks. That the family knew that the staff at Bedford Hospital in the English city of Bedford would do everything possible to make him feel comfortable and “hopefully he would return home as soon as possible.”