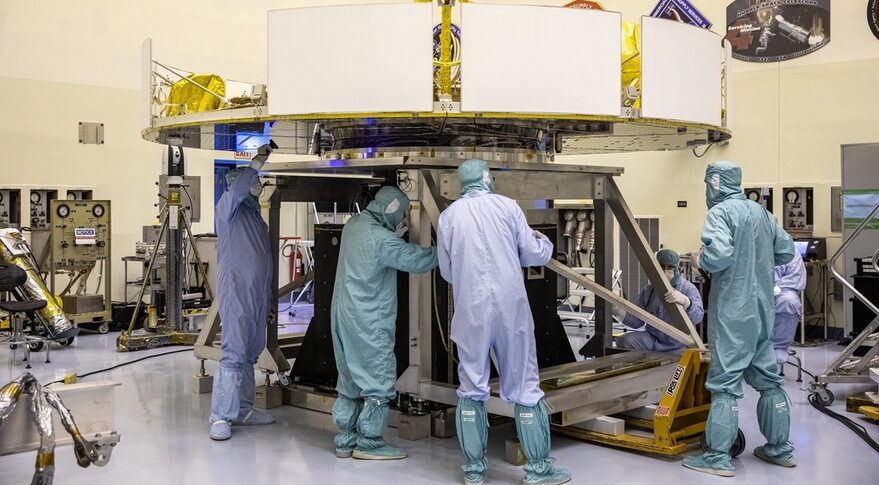 Research indicates that future Mars lander missions might adopt less severe planetary protection standards by landing in locations of the planet that are unlikely to allow any terrestrial pollution to produce life.

The report, issued on October 7 by a National Academies committee, advised that missions that do not intend to dig deeper than a meter into the surface might land over different lower latitudes of the globe that are unlikely to have abundant volumes of water ice.

The committee’s conclusions may result in making areas of Mars more accessible to commercial and government enterprises by setting up planetary protection rules while being cautious about access to areas that have the potential to survive.

NASA approved the National Academies to research a response to a fair review for the board’s proposal in a 2019 report. According to the study, NASA should explore moon and Mars areas to decrease the standards for such missions while still reducing the chances of contamination to elements that may be evidence of past or current life.

They aim to avoid dangerous contamination to protect future investigations for the detection of life on Mars. The group investigated the things affecting the survival and transfer of any terrestrial life that made it to Mars.

The fear is that any terrestrial pollution will be moved below the surface, where it will be protected from radiation and have access to underground water, possibly in a linked network that would allow life to proliferate.

The committee decided that if the spacecraft work in the top meter of the surface in locations with only small water ice deposits or none at all, this danger is reduced.

According to the webinar, the one-meter limit is based on insufficient data mapping subsurface water ice.

This would make missions reduce planetary protection procedures to land in much of the area between 30 and 40 degrees latitude north of the equator. Ice concentrations are higher towards the poles and in some places near the equator. Missions that do not intend to travel below the surface, might land anywhere on the globe with fewer restrictions.

The study also advised any mission landing on Mars with lower planetary protection standards to avoid places like cave entrances that provide access to the planet’s subsurface. They do have wind transport, which may make things more difficult. Based on wind speeds and how long a terrestrial microorganism might live on the Martian surface, the study suggested a 600-kilometer livable area.

While the group was making plans for NASA, it also included an ESA representative and others informed about economic activities. In the webinar, a consultant, and the committee’s other co-chair expressed hope that the recommendations would be used by the Committee on Space Research, which oversees worldwide planetary protection standards.