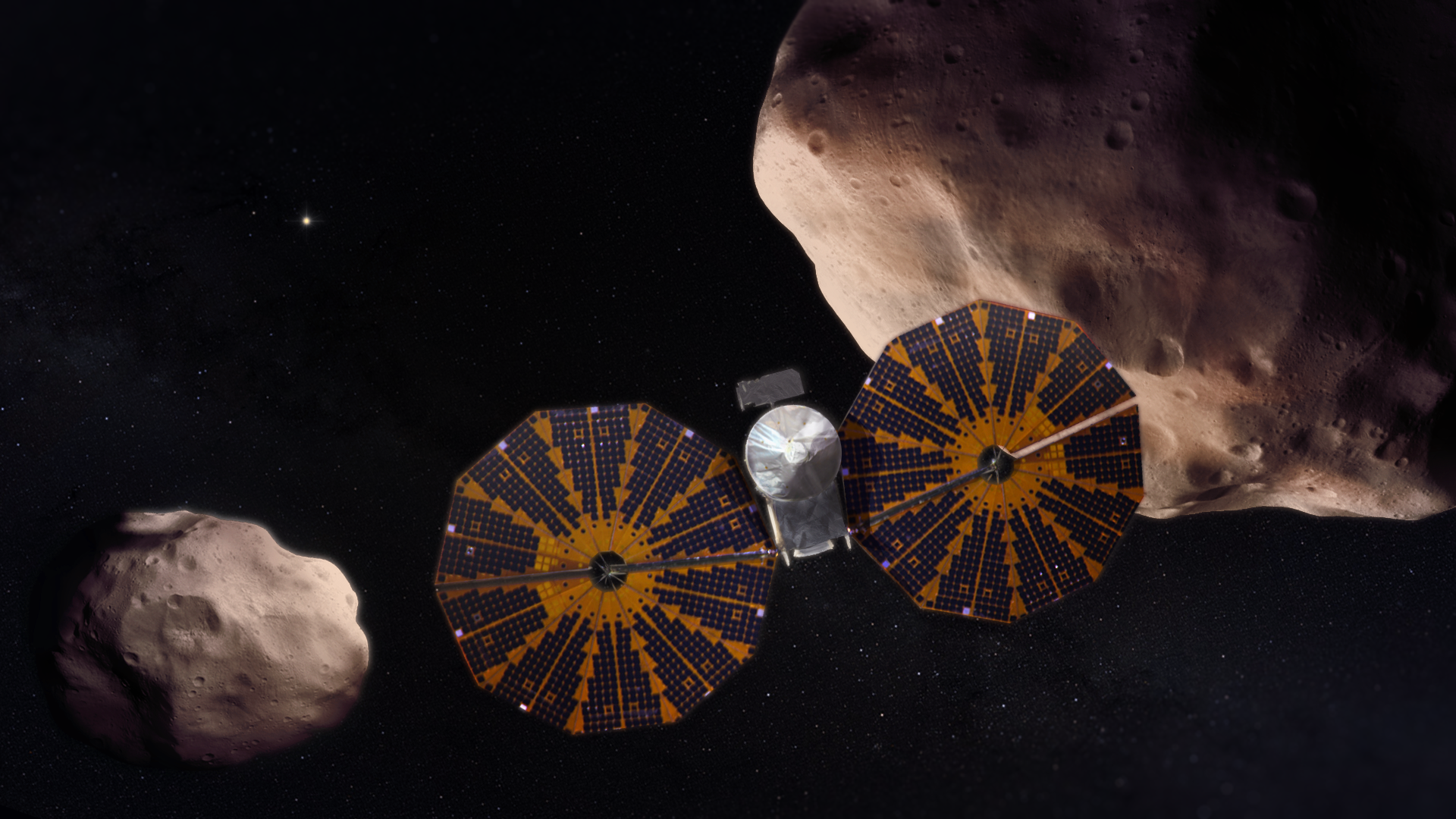 NASA is all set to launch its new Lucy Spacecraft that will have a 12-year revolution around Sun’s orbit to study Jupiter’s Trojan Asteroids.  It will be launched with the Atlas V vehicle from the launch center in Florida. The Lucy spacecraft will go in two ways, one will be going ahead of Jupiter and the other behind Jupiter. This study of Trojan Asteroids will help scientists to get a picture of the formation of our solar system which was 4.5 billion years ago approximately. Along with the Pysche mission, Lucy was also picked up as the Discovery Program of NASA on 4 January 2017. The spacecraft is destined to rotate around 4 billion miles. Lucy and another instrument will study the surface and properties of the Trojan Asteroids. There are three main instruments: An image capturing instrument, optical infrared spectrometer, and thermal infrared spectrometer.

This mission has been named after a skeleton fossil of an ancestor named Lucy Hominin. It is believed to be around 3 million years old. This Lucy fossil had helped in understanding human evolution. Therefore, the Lucy mission is believed to help study the origin of our solar system. Greek mythology characters are used in naming the Trojan Asteroids.

When will the Lucy Spacecraft launch? The Lucy Spacecraft is all set to launch on October 16, 2021. It is packed up for a 12-year journey to seven asteroids. Filled with fuel and is being packed up in a capsule to launch on the said date. The team members are also being prepared to go on this mission. It will be packed as two parts in the launch vehicle.

The spacecraft is filled with Liquid Oxygen and Liquid Hydrazine as fuel. The fuel weighs around 725 kilograms which makes up around half the mass of the spacecraft. The spacecraft is set to clear its first attempt at 5:34 am EDT on October 16, 2021. The fuel would be used up accurately that would help Lucy reach the seven asteroid destinations on time and the solar panels will recharge the battery for the spacecraft instruments to work.

The Lucy spacecraft will be taken to the Cape Canaveral Space Force Station to attach it with a launch vehicle named United Launch Alliance Atlas V. It will be launched from the Space Launch Complex 41. Atlas V will take Lucy out into the space for it to start its long expedition.

After its launch, it will have two gravity boosts from Earth, one being in 2022 and the other in 2024. It will go around the main asteroid in 2025. It is expected to go around the Trojan Cloud where it will study four asteroids in 2027. Then, Lucy receives another gravity boost towards another Trojan Cloud when it comes back to earth in 2031. All the Asteroids are aligned in a single orbit, all moving around the sun on their own paths. NASA had planned to study only two different colored asteroids which were grey and red. By a greater chance, the planets were revolving in such a way that they could study all the Trojan Asteroids. Its last destination would be by 2033, after that NASA may think of extending the expedition.