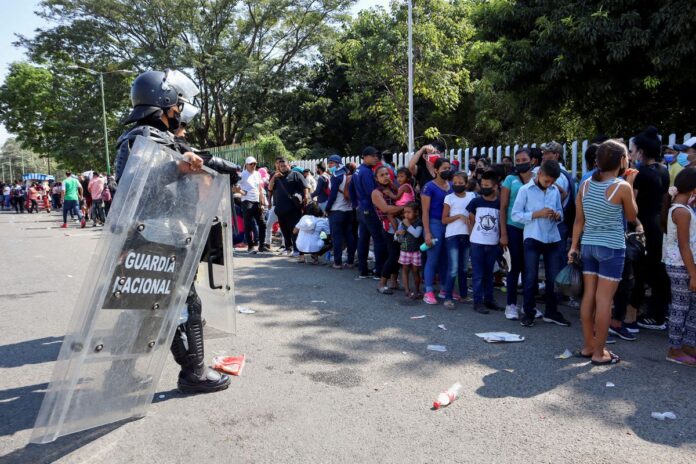 Mexican officials dismantled a temporary migrant camp near the Guatemalan border in the country’s south on Thursday, according to government sources and Reuters witnesses.

Many of the migrants, including families with children, had been waiting for months in the Tapachula camp, which some referred to as a “prison” owing to the filthy or confined conditions. The camp has been used by Mexican authorities to confine migrants and restrict their movement.

Before the camp at Tapachula was dismantled, Mexico’s National Migration Institute (INM) allowed about 3,000 migrants permission to finalise their travel permits, allowing them to depart the camp.

Migrants, largely from Central America and the Caribbean, exited the camp after receiving a QR code from INM officials, which they used to register for the “regularisation” procedure.

According to a government official and migrants who handed Reuters their credentials, they now have a month to finish their visa process, which might include applying for asylum in one of 14 states. Migrants will have to locate housing on their own.

“I’m going to Sinaloa with my own money to seek the humanitarian visa,” said a Cuban woman who did not want to be identified. She claimed she waited at the camp for more than two weeks while waiting for her QR code to allow her to continue her journey to the United States.

This month, Mexico hastened the movement of tens of thousands of migrants to other locations, vowing to regularise their stay amid a record number of individuals coming in the country in 2021 with the goal of crossing the border into the United States.

Hundreds of migrants, on the other hand, claimed that they had not received a QR code on Thursday but were nevertheless compelled to leave the camp. It’s unknown whether or not housing aid will be offered.

Lester Centeno, a Nicaraguan migrant, said he came in Tapachula looking for refuge but received neither a QR code nor a transfer to another district.

Centeno claimed of immigration officers, “They warned me they were going to deport me if I didn’t leave here (from the camp).”