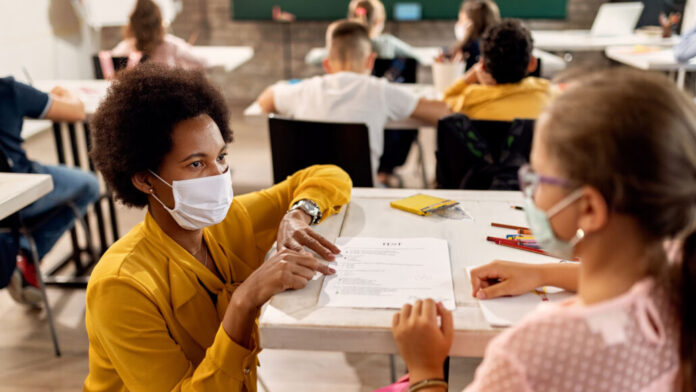 From December 15, in-person classes will be permitted in Bulgarian schools if the consent of 30 percent of students to be tested for Covid-19 or have a green certificate has been obtained — a reduction from the existing 50 percent threshold of acceptance.

According to the Education Ministry, a green certificate should be issued for immunisation, having undergone Covid-19, having antibodies, or having a negative test result, among other things.

The ministry stated that the decision to make the adjustment was reached after a meeting between itself and representatives from labour organisations and employers in the school system.

In the past, if 50% of students did not give consent for testing or did not have a green certificate, the class was forced to continue on distance learning, “which hurt those who desired to study in person.”

More children willing to comply with health authorities will return to school as a result of lowering the required rate, according to the Education Ministry. “They are now at home due to the reluctance of their classmates or parents to submit to Covid-19 testing once a week,” the ministry stated.

The government stated that in the instance of students whose parents do not consent to their being tested, the students will continue to participate in remote learning programmes.

It stated that it had been accepting assertions of consent for testing on an ongoing basis.

A test for all students in localities where the Covid-19 morbidity rate was greater than 250 per 100,000 students, according to the ministry, is currently being administered.

When it comes to towns with lower morbidity rates than that, schools are using in-person learning without administering Covid-19 tests.

Nikolai Denkov, the caretaker Education Minister, has stated that there will be no further modifications to the system before Christmas.