Sony is reportedly looking into an issue involving the battery of the PS5! 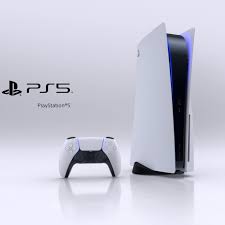 Sony is reportedly looking into an issue involving the battery of the PS5 that could render each console borderline useless. Recently PlayStation users have discovered an issue involving the CMOS battery of the PS5. They have found out that when this battery dies, they can no longer play physical or digital games offline without first reconnecting to PSN. If the PSN no longer exists or the user can’t connect to it, then the issue makes the console an expensive piece of junk. This issue with PS4 as well.

Sony is yet to answer these reports with any public statement. Via email, Sony has begun to notify the users that it is looking for issues according to multiple PlayStation players and Preservation Activists. They heard from Sony’s PlayStation PR that the company is eager to clear the problem. But unfortunately, there is no word of a fix. The company has not publically acknowledged it.

Other issues reported in the past PS5 –

Many other issues were also reported as per PS5 is concerned in the past few months. It is suffering from a bug that causes games and apps to freeze in a Queued for Download state or won’t let users download at all. The app download is stuck in limbo. This problem is not just limited to games, but users have face problems downloading video apps.

Users have also faced problems connecting to the PlayStation Network at random and downloading games from the service. When updates have to download from the new console, some users have encountered problems. Users face system crashes, errors, and additional issues while transferring data from PS4 to PS5 via USB or LAN. While attempting to use rest mode, some users have faced critical errors and crashes. Users are facing problems transferring data from PS4 to PS5 using an external hard drive. Following the transfer process, some users see corrupted data.