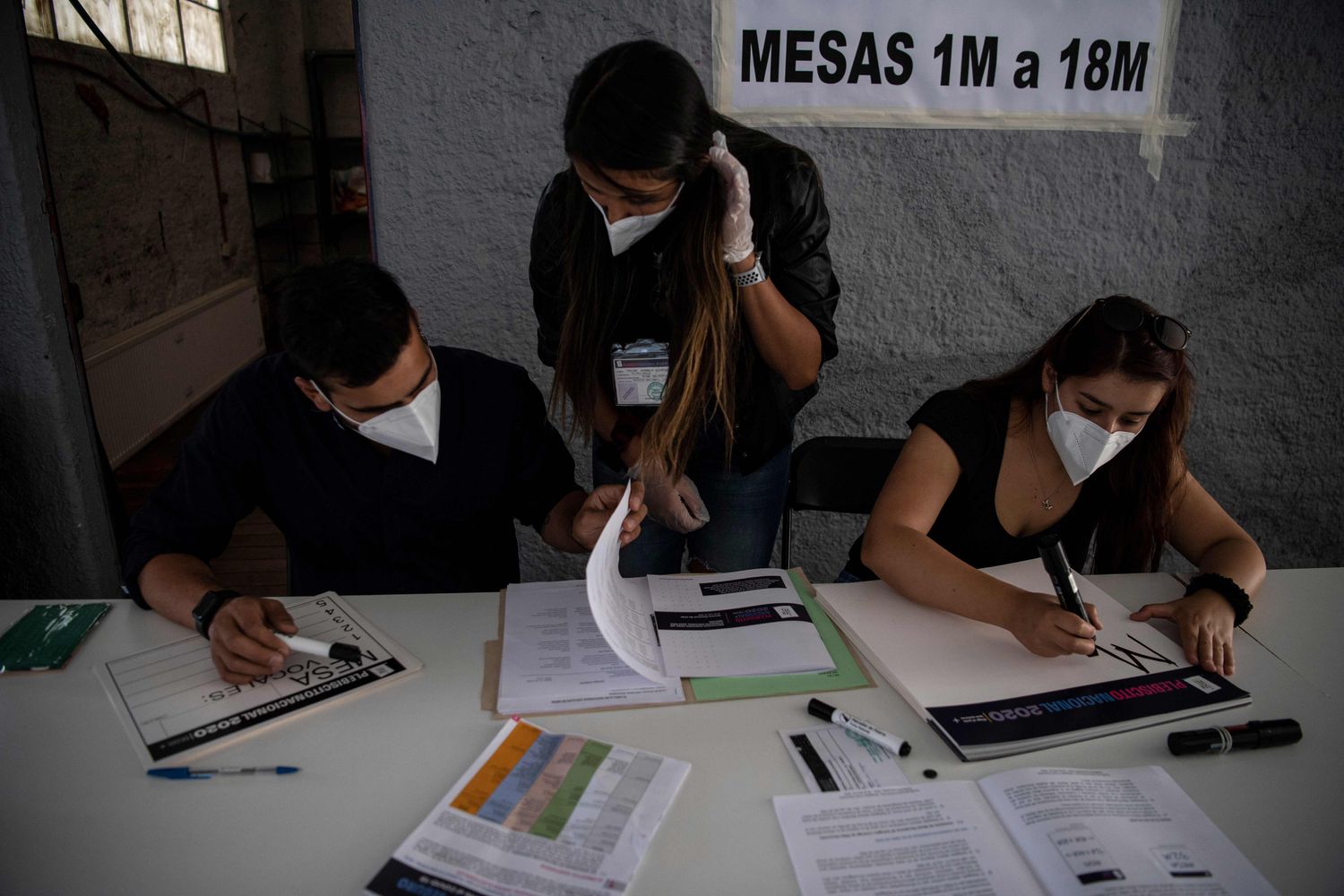 Chile faces a historic plebiscite this Sunday. After 40 years, 30 of them in democracy, 14.7 million citizens are summoned to decide the future of the current Constitution, drawn up in 1980, during the dictatorship of Augusto Pinochet . It is the institutional solution proposed by the main Chilean political forces and the right-wing government of Sebastián Piñera to channel the revolts that in October 2019 put democratic stability at risk. Marked by unprecedented levels of mobilization and violence, the protests were repeated a week ago to commemorate a year of the social outbreak. The percentage of participationIt is one of the main unknowns of the day, in a country with a voluntary vote and a regional record of abstention. The referendum is held when the first wave of the covid-19 pandemic is still not controlled and in the midst of a deep crisis of confidence towards Congress, political parties and the Executive.

It is the most important and symbolic electoral process that has been recorded in Chile since 1988, when the plebiscite on the continuity of Augusto Pinochet was held, which opened the way to the first democratic elections. There will be two ballots. One to decide whether to approve or reject the idea of ​​changing the current Constitution of 1980. In the other, the citizens will be asked about the body that will draft it: if a constitutional convention made up of 155 citizens specially elected for that purpose or a 172-member mixed convention, made up in equal parts by parliamentarians (50% and 50%). If those who want to replace the Constitution win the option, there would be another peculiarity: the convention elected next April will be joint, that is, made up of equal numbers of men and women.

If the option of those who reject the replacement of the current Constitution triumphs, on the other hand, the current text will remain in force. There is no commitment to reform and any change would be left to the will of the political leaders.

“We have had different constitutions in history and all of them were written after some event of military force. This will be the first time that the Constitution will be drawn up by an organ of Chilean society, such as the constitutional convention, if this option wins in the plebiscite, “explains Ricardo Lagos , former President of the Republic between 2000 and 2006.” It will be drawn up between 2021 and 2022, when we are in the middle of the digital revolution that has to establish mechanisms so that they allow society to listen appropriately. What is in question is how to create a Constitution that helps to regain trust between citizens and the powers of the State, ”says the socialist.

Although voluntary voting weakens the predictive power of the polls, opinion polls indicate that the choice of those who want to change the Constitution will win with between 69% and 85% of the votes, according to Tresquintos , which analyzes all studies published a year ago. For the constitutional convention, the range of support would be between 57% and 70%.

The current fundamental charter has undergone 53 modifications in its history. In 2005, during the Government of Lagos, important authoritarian enclaves were eliminated, such as the figure of the appointed senators who represented the Armed Forces and other powers of the State and who altered the majority of the center-left in Parliament for three decades. The current Constitution bears the signature of the Socialist. It is one of the arguments used by part of the right to reject the process of change, because a good part of the ruling party supports the preparation of a new text.

“The ideologist of the 1980 Constitution, Jaime Guzmán, was an admirer of Franco and was devastated when everything that was well tied up in Spain was disarmed a few years after the dictator died. Therefore, the current fundamental charter defends the installation of an authoritarian and protected democracy. Although in democracy it has been reformed dozens of times, there is not a single comma of those changes that have not been concessions from the parties heirs to the dictatorship, because a high quorum was needed for any reform ”, explains the Chilean constitutionalist Javier Couso, professor of the University of Utrecht in the Netherlands. “It was never possible to touch the neoliberal and more ideological aspects of the Constitution, where private solutions for public problems in education, health or social security are guaranteed.”

The fundamental force behind the riots is an obvious generational split. The protests have been led by the young generations who did not experience the military dictatorship (1973-1990). They are also those that make up the majority of the electoral roll for this Sunday’s plebiscite: 57.9% were not of age to vote in the 1988 referendum or had not even been born. “Those between 18 and 34 years old felt less scared than the older ones when the October riots started, they participated more in the protests, they consider to a greater extent that democracy in Chile works badly or very badly, but they are more optimistic about the future ”, explains Carmen Le Foulon, from the Center for Public Studies (CEP), which conducted in December one of the polls that best portray the complexities of the outbreak. “They are informed mainly by social networks and value violence more than the elderly: 15% justify the participation of barricades and destruction.”

The sociologist Manuel Canales, an academic at the University of Chile, has warned at least 15 years ago in his writings about the pressure cooker that was heating up in Chile: “It was observable that there could be a very strong popular reaction, because there was a lot of perception pain in the midst of success ”. Canales explains that there was an initial period where the regime of society that started in the late 1970s achieves conformity by getting out of poverty and the beginning of consumption, which constitutes a milestone on which much was turned in the transition.

“But this conformity of getting out of poverty lasted as long as it lasts and in 2005, the children of that generation began to show their fatigue of subjectivities,” says the Chilean academic. For Canales, “it is a generation without fear and a group that does not speak from poverty, but in the name of a right.” “When the frustration of the day to day resounds, because this life was not the promised one, it leaves us hungry. Those who star in these riots, therefore, are the children of the promise of happiness. The sociologist explains that it is not a question of a discomfort of a town that has satisfied its basic needs and considers new ones and comes a discomfort for not being able to fulfill them. “It is about a people who made a project and who invested their lives in achieving it and who did it in the institutional terms that we forced them to do, but prosperity did not come to them.”